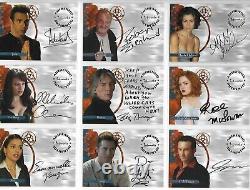 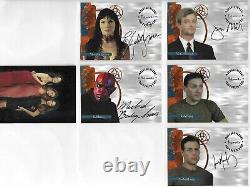 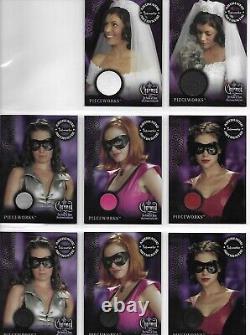 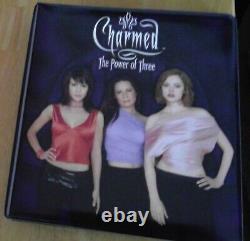 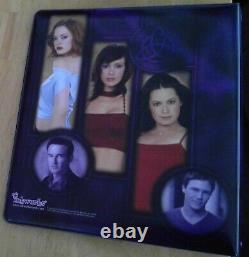 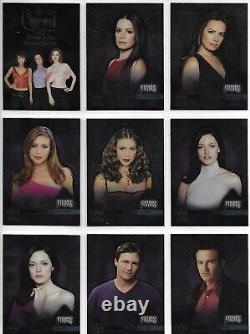 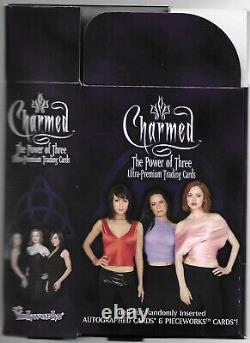 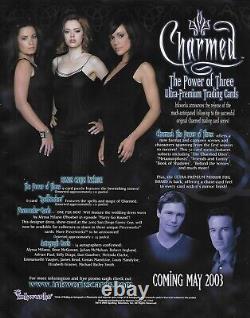 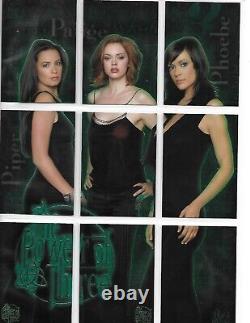 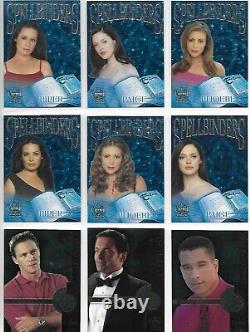 A3 Alyssa Milano as Phoebe Halliwell. A8 Rose McGowan as Paige Matthews. A9 Julian McMahon as Cole Turner. A10 Roger Englund as Gammill. A11 Bill Drago as Barbas (inscribed "Keep your fears wrapped about you when the killer cats come into heat").

A12 Dan Gauthier as Craig. A13 Adrian Paul as Jeric. A14 Melinda Clarke as The Siren. A15 Emmanuelle Vaugier as Ava. A16 James Read as Victor Bennett.

A17 Costas Mandylor as Rick Lang (signed on back of card). A18 Louis Mandylor as Nathan Lang. A19 Elizabeth Gracen as Vampire Queen. A20 Michael Bailey Smith as Belthazor. I have a few low cost Charmed promo cards and chase/insert cards/sets that I may not have listed.

If you are looking for something in particular, feel free to contact me. I can easily check my spreadsheets to determine if I have what you need. This item is in the category "Collectibles\Non-Sport Trading Cards\Trading Card Sets".

The seller is "deena_a" and is located in this country: US. This item can be shipped to United States.