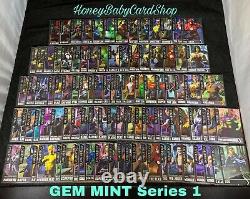 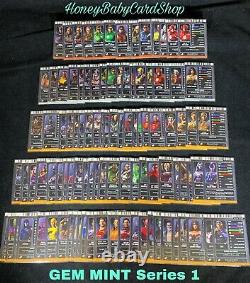 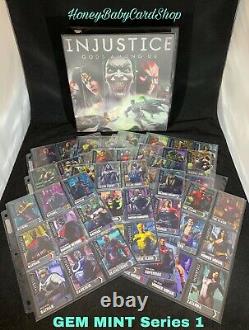 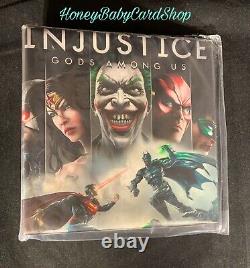 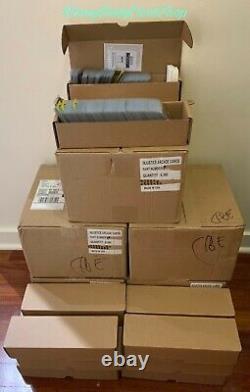 We have served thousands of eBayers for Injustice Arcade cards throughout the past 2 years, and all of them have been satisfied with our service and diligence. We select the highest quality cards of the best condition for you collectors out there. What is Injustice Arcade Series 1 ("Series 1")? Series 1 is the second market launch of Injustice Arcade cards from Raw Thrills. Dave and Buster's locations exclusively had first rights to test launch Injustice Arcade in September of 2017 (Limited Edition Beta), and due to barcode errors, sizing of the vending port, and extremely high player consumption and demand, a new provider and printing process was selected to remedy these issues, Limited Edition Beta was discontinued, and Series 1 began.

In short, Series 1 is similar to "Unlimited Edition" in Magic: The Gathering, or the "Base Set, 2nd Issue" in Pokemon; the first public nationwide rollout, and recently discountinued as of February 2019. How did you get so much Series 1? We initially were Dave & Buster's Advantage Players by profession (respect to MewtwoSB, the godfather of the AP community), and we like most Advantage Players nationwide, became obsessed with collecting full sets of Injustice Arcade since the very first week the D&B stores tested it. We had traveled nationwide to gather Limited Edition Beta cards, then continued to collect Series 1, before making connections with the largest arcade distributors in the US and putting together wholesale purchasing commitments.

, while providing collectors a treat! We care about our eBayers and have always tried to go the extra mile; just check our feedback! We understand that taking care of our eBayers eventually facilitates a better lifestyle and extra care for our little one, but that's not all. We are honored to call parents, grandparents, collectors, entertainers, businessmen and individuals from all walks of life our customers.

We have even helped to bring some additional happiness to the severely and terminally ill on multiple occasions, for which we are profusely humbled by their praises and recognition. We value the smiles that we bring to the faces of our younger and smaller customers, and always provide an extra bonus that's on the house, because a little good karma never hurt anyone! We have always had the largest supply, and have always done more for every one of our customers. Does HoneyBabyCardShop sell Marvel Contest of Champions cards, or any other arcade cards?

We used to sell D&B Arcade Coin Pusher cards, and still do but to a much smaller extent. We do not sell or want to sell Marvel Contest of Champions cards, because we don't want to disrupt a saturated market which likely has multiple eBayers in it already (people suck, but we're trying not to be like everyone else and go ruin others' market). We are happy with the business we do in Injustice Arcade, and want to focus on that.

Besides, our opinion has always been that Marvel video games have historically sucked, and DC video games have historically been awesome. Are you guys DC Fanboys or something? The corollary to the above statement is that DC movies have historically sucked, and Marvel movies have historically been awesome. Have you seen the train wrecks that Zack Snyder put in the theaters? Wonder Woman and Aquaman have been better and Shazam was meh, but the MCU and its 22 movies obliterates anything DC has offered up on screen. If you actually read everything above and have any comments, commendations or criticisms, let us know! This item is in the category "Collectibles\Non-Sport Trading Cards\Trading Card Sets". The seller is "honeybabycardshop" and is located in this country: US.